[one_half]Melocactus, commonly called Turk’s Cap, is a genus that includes approximately 40 species which are very similar in appearance. It can often be difficult to distinguish one Melocactus species from another with photographs when not in blooming phase.

When blooming, these cacti produce unique tower-like blooms, similar to the Turkish Fez, and have become a favorite of cactus growers worldwide.

[/one_half][one_half_last]All Cacti are indigenous to the Americas and Caribbean. Modern man has circulated these hardy plants to the rest of the planet.

Only one cactus species, Rhipsalis baccifera, has occurred naturally outside of the New World. Discovered in Africa and Sri Lanka, one theory holds that is was transported to the Old World by birds, another that European trading ships spread the Rhipsalis baccifera cactus between South America and Africa.[/one_half_last] 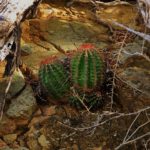 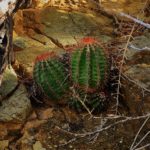 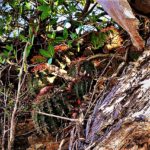